This week’s episode features updates about leading Sports SPAC RedBird Capitals investment in Rajasthan Royals, Indian Olympic Association onboarding new sponsors a month before the Tokyo Olympic games, SPN adding yet another international football league to their programing roster leading to increased revenues through subscriptions, KPMG’s latest report on the size and potential of gaming in Indi and we wrap up this week’s updates with a story about Yoga diplomacy between Saudi Arabia and India.

So, let’s get into the details….

Last week the IOA announced that they are ending their technical long-term partnership with Chinese sportswear and equipment manufacturer La Ning due to the geopolitical tension last year which saw Chinese companies getting banned in India.

However, this week the IOA have announced a two-way partnership wherein MPL Sports Foundation, the community initiative of esports platform Mobile Premier League (MPL), has become the Principal Partner of the Indian Olympic Association (IOA) and the second partnership is with sports and athleisure brand MPL Sports was also named the official kit partner for the Indian contingents for both the 2022 events. The deal is reportedly in the range of ₹8 crores (US$1 million).

The contract also covers the 2022 Commonwealth Games and 2022 Asian Games. Sports and ‘athleisure’ brand MPL Sports was also named the official kit partner for the Indian contingents for both the 2022 events.

Whilst on the topic of  IOA partnerships, they have also revealed the JSW Group have also been added to the list of sponsors for India’s Tokyo Olympics delegation. It is understood that the JSW Group, has pledged a sponsorship amount of ₹1 crore (US$130,000), to the IOA. The IOA also confirmed a deal with their long term sponsors dairy firm Amul in a similar deal.

It was also reported that the BCCI is supporting the IOA.  BCCI has offered $1.35 million in financial support to the country’s National Olympic Committee. The BCCI said it hoped the “monetary gesture” would help Indian athletes bring home a record number of medals from Tokyo.

Our second update this week is about Sony Pictures Networks India (SPN) adding yet another International football league coverage to their growing portfolio of international sports.

It has been reported that SPN has acquired exclusive television and digital broadcast rights of Japanese top-flight soccer’s J.League. Under the terms of the deal, SPN will broadcast the games from matchday 18 of 38, with the contract running for the rest of the 2021 season, which concludes in December. The SPN broadcast territories include India, Bangladesh, Bhutan, Afghanistan, Maldives, Nepal, Pakistan and Sri Lanka. The matches will be aired live on the Sony Ten 2 linear channels in India and also streamed live on SonyLIV, SPN’s over-the-top (OTT) platform.

Saudi Arabia has signed a memorandum of understanding (MoU) with India regarding the institution of a formal ‘yoga protocol’ to promote yoga in the country. Experts along with Saudi Arabia’s ministry of sports will be deftly designing the protocols for the gulf nation considering certain local sensitivities prevalent over there.

Accordingly, the concerned ministry has officially recognized yoga as a form of sporting activity though it has been permitted in the country since November 2017 itself. The MoU will make way for collaboration for research, education and coaching in yoga with individuals going through specific exams and evaluation to become formally certified trainers.

The MoU has been signed between the Morarji Desai National Institute of Yoga, Ministry of AYUSH, Government of India and the Leaders Development Institute, Saudi ministry of sports, Kingdom of Saudi Arabia.

What’s not clear about this partnership is that if it’s a part of NAFES – The most recent venture designed to encourage foreign investment in the kingdom’s sports industry.

The report titled ‘Beyond the tipping point – A primer on Casual gaming in India’ notes that the Indian online gaming market is expected to touch revenues of Rs 29,000 crore with a total user base of 65.7 crores in FY25. In FY21, the industry had 43.3 crore users, while the revenue size was Rs 13,600 crore.

The report projects that the casual gaming segment will overshadow the real money games (RMGs) and online fantasy sports (OFS) with a revenue size of Rs 16,900 crore, followed by RMGs (Rs 6130 crore) and OFS (Rs 5430 crore). It also pointed out that there is an overlap in the casual RMG and OFS users, which results in the sum of the segment-wise users being greater than the total gamer user base. This happens on account of the same user playing more than a single genre within a year.

According to the report, the number of gamers in India grew From 25 crore gamers at the end of FY18 to 40 crore by the mid of CY20. India has the second-largest base of online gamers in the world after China thanks to the technology infrastructure development through the availability of high-speed internet, affordable 4G data prices, and rapid growth in digital payments.

RedBird Capital founder  Gerry Cardinale is said to be looking to capitalise on the IPL’s expansion by showing an interest in buying a 15-per-cent stake in the Indian Premier League cricket franchise Rajasthan Royals, valuing the team at more than $250m (€209m).

Cardinale said he expects the Royals to become more attractive in overseas leagues as a result of the deal through partnering or acquiring cricket teams in other locations.

It looks set to be the latest acquisition by the New York-based investment firm, which earlier this year took a $750m stake in Fenway Sports Group, the parent organisation of Major League Baseball’s Boston Red Sox and Premier League club Liverpool FC.

When the deal is official, it will become Redbird’s second acquisition outside of the US market after acquiring an 85-per-cent stake in French football club Toulouse last July.

This brings us to the end of this week’s episode of Sports Business Updates. 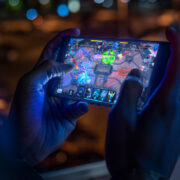 Five facts about the Indian gaming sector in 2020 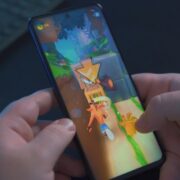