In this episode I will be talking about the International Olympic Committee stepping into the world of Play-to-Earn gaming and NFTs, The NFL launching a special NFT drop during the Supr Bowl, I will also talk about Tezos adding Manchester United to their growing portfolio of sports sponsorships and what the partnership entails and I will wrap up the episode with an update on why Kobe Bryant’s estate is filing for trademarks with NFTs and the metaverse experience as a key focus.

The first Update of the episode is about the International Olympic Committee launching a P2E mobile game with NFTs.

The Winter Olympics are the biggest winter sports spectacle and they have just begun in Beijing the event has become the FIRST Olympic event to launch a mobile game that incorporates NFT’s.

The game is called Olympic Games Jam: Beijing 2022, and it will let players compete in a number of sporting events, including snowboarding and skiing. Users can also don their avatars with a range of custom skins.

People will be able to buy digital versions of the famous Olympic pins and trade them with other users on nWay’s marketplace. The digital pins are licensed through the IOC’s official licensing program, with the organization taking royalties on each sale.

The mobile game is developed by nWay, a blockchain game studio based in San Francisco and is owned by Hong Kong-headquartered firm Animoca Brands. nWay is a developer, publisher & tech platform for play-to-earn (P2E) games across mobile, PC, and consoles.

has a track record of creating high-quality multiplayer games, and making Olympic Games Jam: Beijing 2022 a play-to-earn title is going to let gamers and NFT collectors alike not only engage with the Olympic Games but also own a piece of Olympic history.

One interesting update from nWay is that they will continue the Olympic spirit going by continuing to keeps players engaged by adding new rewards/NFTs ensuring engagement continues way beyond the Beijing games.

The game is available on IoS and Android in every country except China where the Olympic games are happening! And that’s because China has strict regulations both on games — all of which must be approved by Beijing officials — and crypto. The Chinese government moved to stamp out all crypto-related activities last year.

Well, this seems to be a very contradictory case. The host of the games doesn’t have access to a game dedicated to the Olympic event they are hosting! However, for the rest of the world, it is a good thing to have access to the game and participate in it and own NFT pins and most importantly own a piece of sporting and gaming history. I will certainly be playing the game and getting a few NFT’s by playing my first sports-related P2E game.

The second update of this episode takes us to the United States of America and to Los Angeles to be precise. That’s where this year’s NFL finals, the Super bowl is happening and the NFL has created yet another interesting NFT project.

The NFL continues its push into NFTs with a partnership with Ticketmaster by giving everyone who attends Super Bowl LVI a free NFT to commemorate their experience. The NFTs will be unique to each attendee, with the section, row and seat from their real ticket appearing on the digital collectables and the NFTs will be built on the Polygon blockchain.

They will also be launching another series of NFTs which includes a new collection highlighting Super Bowl LVI and previously hosted seven Super Bowls hosted in the city of Los Angeles.

The NFL has previously launched multiple NFT projects with regular-season virtual ticket NFTs with Ticketmaster and they have a partnership with Dapper Labs to launch their Video moment NFT marketplace titled ‘NFL All Day’ sometime this month. They also partnered with Meta to launch three super bowl shirts for avatars. This has sparked speculation that NFL might be planning a deal to stream some games in VR next season.

Moving onto the third update and this one is about Tezos strengthening their sponsorship portfolio with sports teams.

Tezos is known for its sponsorship in sports with partnerships with Formula 1 teams Red Bull Racing Honda and McLaren.

Their sponsorship with Manchester United will be their first foray into football and it is also believed that the deal may involve collaboration beyond the United’s training kit, which would help United in their attempts to maximise opportunities in the technology space, including the metaverse and “web 3”.

Moving to our fourth and final update is about Kobe Bryant’s estate filing trademarks covering ‘virtual experiences’ could brands Mamba and Mambacita be heading to web3?

According to reports, The estate of the late Los Angeles Lakers icon filed paperwork on January 28 with the United States Patent and Trademark Office to trademark “Kobe Bryant,” “Mamba Forever,” and “Mambacita,” for a range of “virtual and digital goods,” including art, clothing, sporting goods, avatars, toys, games, trading cards and NFTs.

The filings by Kobe, Inc., which is led by Bryant’s widow Vanessa Bryant, are for “virtual and digital interactive representations of Kobe Bryant for use in virtual experiences and the metaverse.

Josh Gerben, a leading trademark lawyer was quoted that this was the first trademark of its kind that he has seen on behalf of an NBA star.

In 2021, Cryptograph a digital collectables site released never-before-seen images of Bryant as NFTs, with proceeds from sales going to the Mamba and Mambacita Sports Foundation.

Speculation is ripe that the Kobe Bryant estate is frustrated with Nike over the limited availability of Mamba-themed products after Bryant’s retirement and death. A lack of kids’ sizes was also cited as a factor in the decision to let the Nike contract end without renewal, according to sources.

The filings suggest that instead of re-signing with Nike or going with a different apparel company the Mamba brand is capable to stand on its own and the push into the metaverse and NFTs could bring increased brand awareness to the Mamba and Mambacita brands given the growth and interest in those two areas.

To conclude this update, I am certain that filing trademarks with a focus on virtual and web3 related opportunities will be a growing trend in sports and entertainment and I am sure that these activations will enable fans to connect with their favourite athletes in a more meaningful manner. As far as Kobe Bryant’s NFTs or Metaverse experiences go, I hope Nike includes or partners with the Kobe Bryant estate and builds something memorable for the millions of Kobe fans worldwide. 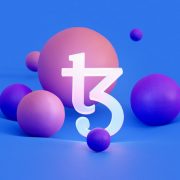 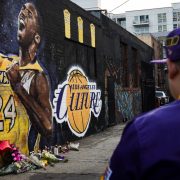