My first update is about leading Golf brand Callaway having invested in LinksDAO’s ongoing equity round and become a strategic partner in the most successful sports DAO.

As part of the agreement, Callaway will offer discounts and deals on branded items to the NFT holders and become LinksDAO’s official equipment provider.

Just to recap their business model – LinksDAO earns royalties on secondary sales. The NFTs had two price tiers (Local and Global memberships) ranging between 0.18 Ethereum ($674) and 0.72 Ethereum ($2,699) and the objective is to buy a golf course which will be blockchain-based so members have voting rights.

The DAO picked up popularity after Steph Curry purchased a membership and since then has added high-profile partnerships with brands including Five Iron Golf, Ship Sticks, Foray Golf, and Devereux — all of which give users discounts.

The second interesting update is bout a university-based DAO from the US – A group of University of Michigan fans and alumni focused on enhancing the experience of Michigan student-athletes, who have partnered with Draftly to form the first-ever college sports DAO for fans, by fans called ‘MGoDAO’.  With a core focus on uniting college fans and athletes utilizing Web3 technology. Their goal is to create more than just another NIL collective, but rather a community and engagement platform to optimize the benefits for student-athletes and fans of Michigan athletics.

They have listed some interesting benefits for DAO members including:

Update number three is from the NFL. I have covered a lot of interesting NFT innovations by the NFL in the past episodes and in this update, I had to cover this story. The NFL is creating a blockchain-based video game that will allow players to own, collect, and trade NFTs based on all 32 franchises.

NFL and NFLPA have partnered with Mythical Games to develop ‘NFL Rivals’ on both web browsers and mobile platforms, with a launch planned for early 2023, giving fans the opportunity to play as a fantasy general manager.

For our fourth update, we travel to Spain where La Liga team Real Betis have taken its first step in exploring football and culture through NFTs and has partnered with FanCurve – a fashion-focused NFT startup with investments from Germany footballers Andre Schurlle and Mario Goetze.

In a world-first innovative partnership, Real Betis will launch their kit as an NFT which can be worn by the owner avatars on their metaverse. The jersey can be traded on the metaverse. It has been reported that there will be various levels of the rarity with a 40 Euro starting point. FanCurve raised 6.25 million in seed funding in April.

Our fifth and final update is from India where IPL franchise Delhi Capitals have announced a partnership with sports blockchain tech firm FanCraze to launch NFTs and other web3 experiences.

The Delhi Capitals have become the first cricket franchise from the IPL to launch their own NFTs – they call them digital collectables.

This partnership heralds a new beginning for FanCraze after launching Crictos in association with the ICC. They are now aiming for partnerships with IPL franchises, other leagues and with individual cricketers. 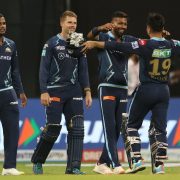