The BCCI has successfully wrapped up the IPL media rights auction which is the biggest sports business story from India this week and in this episode of Sports Business Updates I will take you through some of the highlights of the auction and discuss the auction process, comparisons between Linear v Digital, IPL’s position in the global top sports leagues and important learnings/predictions about the shift from linear to digital and how the digital rights will impact the incumbent digital rights holder.

Let me start with a recap of the packages that were available and the auction process:

What was the outcome?

BCCI announced that the television and digital broadcasting rights were sold for a record $6.2 billion, which is about three times the value of its previous auctions.

Star India, Disney’s local subsidiary purchased the much-coveted television rights for the Indian subcontinent for $3.02 billion and the digital rights were bought for $3.05 billion by Viacom18, a joint venture between Paramount and India’s Reliance Industries.

Now, let’s put into perspective the base price vs the final bid amount for the rights:

There were a lot of reports in the media about how IPL media valuation puts the league amongst the top sports leagues. The question is does it really rank among the biggest in value?

According to Bloomberg, there are four sports leagues in the USA that get billions of dollars per year and they are:

However, to sum up, the media rights deal, digital was the clear winner and here’s why:

The ratio of TV Rights vs Digital Rights over the years has changed significantly. In 2015, digital rights accounted for just 10% of the rights value, while in 2018 it increased to 25%. In this media rights auction, digital rights have overtaken the TV Rights value and contributed 51% of the Rights value. This is a first in any Indian sport!

Viacom18 won the digital rights for IPL for INR 20,500 crore (INR 50 crore per match for 410 games) for package B (Digital Media Rights) and also bought Package C (digital rights of 18 non-exclusive marquee games per season) at INR 3,273 crore/$417 million (INR 33.24 per match for 98 games) which include rights for the U.K., Australia, and South Africa. Times Internet won rights in the U.S., Middle East, and North Africa.

Why is digital consumption of sports and in particular IPL growing in India?

With 54% internet penetration and 2nd highest online viewership in the world, India has over 700 million mobile internet users.

Additionally, we already saw what Hotstar could achieve. The digital platform managed a monthly active user (MAU) base of 300 million+, while the competitors could manage an MAU of around 100 million and Disney+ added nearly 8 million new subscribers worldwide in the March quarter — half of them courtesy of the Disney+ Hotstar combination. The service now has over 50 million paid subscribers, accounting for 36.4% of the total paid subscriber base of Disney+

And after the viacom18 and Paramount’s acquisition of the IPL rights for digital, it should help them reach their goal of 100 million members across Paramount+ and Showtime by the end of 2024.

So, digital is the way ahead. But what is the impact on Disney?

Media Partners Asia estimates that since Disney won’t be streaming any IPL matches, Disney+ could lose as many as 20 million subscribers — nearly 15% of the company’s current 138 million.

To conclude this sports business update, I have to say that the digital rights were the most exciting part of the media rights auction. I have been tracking the developments by Viacom18 starting from investing in acquiring global digital rights for major sports properties and distributing it across their mobile apps to winning the rights to FIFA World Cup from Sony to aggressively building a top-class broadcast management team to investments from ex Star execs to the eventual culmination of winning the IPL digital rights. Reliance has changed digital consumption in India via their mobile service Jio giving away up to 1GB of data per day. So, the plan seems to be falling in place to elevate digital and for all, I know the next media rights auction will see digital rights costs overtaking traditional media rights by a 10-20% margin and Viacom18 winning all the rights. It’s a bold prediction, but for now, the BCCI has shown the world how to build a product and monetize it and make it profitable for franchise owners. Most importantly, create a deep ecosystem that can benefit grass-root development and talent development and improve infrastructure for the most popular sport in India. 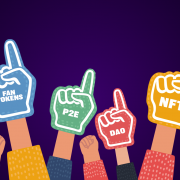