Despite the slowdown, backed by its growing presence IPL continues to attract strong consideration from advertisers and add to the year-on-year growth of the sports business industry.

IMG-Reliance closes 36 deals for IPL 2020 including Dream11’s title sponsorship, resulting in record revenue for the year

The sports arm of Reliance Industries Ltd – IMG-Reliance, has closed 36 deals across multiple brands and franchises for the ongoing Indian Premier League season, including the Indian cricketing board BCCI.

The marquee deal for IMG-Reliance’s growth trajectory for this year has been Dream11’s title sponsorship of INR 222 crore with IPL.

IMG-Reliance is also on board with marquee brands like BKT Tires, BoAt, FanCode and Jio through a combination of licensing and sponsorship service.

The Odisha government on Tuesday signed an agreement with Indian Rugby Football Union (IRFU) to sponsor the Indian national rugby teams till 2023 and facilitate high-performance training and conditioning of the players.

According to the deal, Rugby India will have access to our Sports Science Centre, the Abhinav Bindra Targeting Performance facility, six times a year during their camps in Bhubaneswar.

It is also reported that the high-performance player remuneration will be provided to India’s men and women’s teams in rugby 15s, rugby 7s, under-20 rugby 15s and 7s, under-18 rugby 7s towards players camp fees, tour fees, match fees, bonus, nutrition and welfare.

The rights deals struck by the Singapore-based Reddentes Sports agency and Pitch International, the league’s international rights agency cover live matches from the Carabao Cup knockout tournament, as well as the Championship.

In Singapore, more than 170 Carabao Cup and Championship games will be aired on Singtel’s pay-TV and over-the-top (OTT) service, as well as streaming platform Cast, across the 2020/21 and 2021/22 seasons.

The deal being discussed would merge Fenway Sports Group with RedBall Acquisition Corp which raised $575 million in August to buy businesses in sports and sports-related media and data analytics, plans to raise an additional $1 billion to purchase a stake that will total less than 25% in Fenway Sports Group and value it at $8 billion including debt.

If the deal goes through it will affect Liverpool, but also the Red Sox, with the investment being for a stake in FSG themselves rather than any club or franchise.

However, the most interesting part of the Wall Street Journal‘s report is the suggestion that Liverpool could follow the likes of Red Bull and the City Football Group in partnering with other clubs under the FSG umbrella. 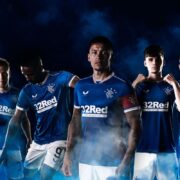 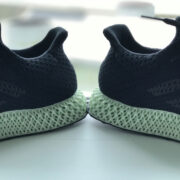