Our first update is about PUMA signs a partnership with Royal Challengers Bangalore.

Puma will have exclusive retailing rights to RCB’s take down and replica jerseys, adding pan-India merchandise reach for the franchise across retail and e-commerce channels. The collection will also include a fanwear range of polo tees, shorts, pants, flip flops and caps.

The Indian Super League was the first Live sports league in India during the COVID-19 lockdown and it started with a bang when it registered 3.42 billion viewing minutes in the first week of the televised event. The opening game clocked in a 0.96 TVR while the time spent per viewer (TSV) for the entire season shot to 28 mins (16% growth over season 6). It also registered a spike of 16% on viewership at an all-India level, with an 18% growth in Hindi speaking markets.

Our third update is about the recently conducted ‘State-level clusters in India’ report by Comscore. This is a report highlighting digital consumption in India and the findings are very insightful for international sports entities who are looking to enter India. The Top 5 publishers in these clusters are Google, Facebook, Amazon Sites, Times Internet sites and shopping giants Flipkart.

In a recent report by the International Center for Sports Safety it was reveleakled that:

These are some mind boggling numbers for a country where legal betting is only allowed on horse racing!

Facebook opts out of UCL and La Liga deals

There was a time when Facebook had bid $610 million for IPL live streaming rights but they were beaten by a consolidated bid by Star Sports. Since that failed bid Facebook looked at focusing on Football/soccer media rights deals  and successfully onboarded deals with La Liga in India and UEFA Champions League in Latin America. 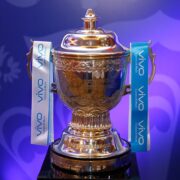 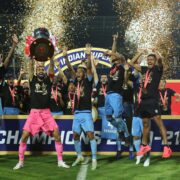