Our First Update is about Racing Promotion investing in FIA approved races with a hope to revolutionise Indian motorsport and building a world-class holistic motor racing ecosystem in India.

The recently announced FIA World Motorsport Council approved race series will be hosted by Racing Promotions and is set to debut in February 2022. The races will be held across the four cities of  New Delhi, Chennai, Coimbatore and Hyderabad.

The opening race of both series will take place at Buddh International Circuit in Utter Pradesh from February 25 to 27, with the second round taking place at Hyderabad street circuit from March 4 to 6.

Last week there was a report about Reliance planning to enter the business of sports broadcasting in India and why shouldn’t they enter the competition? Reliance has shown real intent in sports ranging from owning an IPL team Mumbai Indians, Reliance owned entity FSDL owning Indian Super League (ISL), to owning India’s leading sports marketing agency RISE and owning a mobile service providing company JIO which has multiple sponsorships with Cricket teams in India.

Reliance is now building their sports broadcast/streaming rights acquisitions through Viacom 18 in which Network18’s broadcasting subsidiary TV18 owns a majority stake.  Viacom18 have secured a broadcast deal with La Liga last month and they will be airing La Liga matches on their youth-centric channel MTV, they have now acquired the rights of Serie A for the next 3 years which be live-streamed on Voot & Jio.

It is widely believed that IPL Media rights will be the first big and bold target for the new broadcast venture next year and the company has already started preparing for the same by building a strong management team.

This week’s Third Update is about Amazon Prime getting exclusive rights to stream WNBA in India.

Amazon Prime Video has acquired exclusive media rights in India for the second half of the Women’s National Basketball Association 2021 season.

After successfully acquiring rights for international cricket matches played in New Zealand in a deal covering summer cricket seasons from 2020-21 to 2025-26, Prime members in India will have access to six WNBA games starting from August 21, marking the first live sports streaming experience for Prime Video viewers in the country.

The deal builds on the multi-year agreement made between the WNBA and Amazon in May, which gave Prime Video exclusive global streaming rights to 16 WNBA games per season as well as the Commissioner’s Cup title game.

Sporjo, an online education, training and employability company focused on sports, announced that it has raised $2 million ( ₹14 crores) in a Pre-Series A round led by private investor Punit Balan, chairman, S Balan Group & Punit Balan Studios, in participation with other private investors.

The company will use the funds for expanding its product offerings, improving product experience, scaling its team, driving expansion across India and in key overseas markets.

And our Fifth and final update is about Manchester United global partners, Apollo Tyres and Konami collaborating to create a unique multi-country esports tournament.

Apollo Tyres and video game publisher KONAMI, in association with Manchester United, has announced the launch of ‘Apollo Tyres United League’, a unique esports tournament played on eFootball PES 2021 for mobile. The mobile-based esports tournament will be held across multiple regions including India, Australia, South Africa, Middle East, South East Asia, Sri Lanka and Nepal – and will be first-of-its-kind both in terms of the format of the tournament and the overall partnership.

The ‘Apollo Tyres United League’ will be held in three categories, one each for Beginner, Intermediate and Advanced levels, and more than a million gamers are expected to participate. The three winners across the categories stand a chance to win the grand prize — a trip to Old Trafford that includes a matchday experience at the hallowed stadium and the chance to play in-person against Manchester United’s esports players.

This brings us to the end of the episode. I hope you all enjoyed listening to the updates. 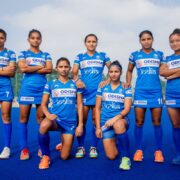 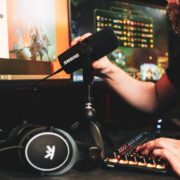