In 2022’s first episode, I will share updates and our opinions on four big sports business news from India. I will discuss:

The second update this week is about how the long term Sony-Star duopoly will face a challenge from Viacom18 and the Zee and Sony Pictures partnership.

One week into 2022 and there are exciting developments happening in the Indian sports broadcast industry. As you all know media rights for marquee properties like the Indian Premier League (IPL), International Cricket Council (ICC), and possibly the Board of Control for Cricket in India (BCCI) will come up for renewal.

And this time around the Sony-Star duopoly will be challenged by two major players in Reliance backed Viacom18 and a formidable old partnership of Zee Entertainment and Sony Pictures. Viacom18 has acquired some top-notch global sports streaming/broadcasting rights including FIFA 2022 World Cup broadcast from Sony Sports.

The first round of competition will be the media rights auction for IPL. According to reports from Indian media, it is believed that the BCCI can rake in at least Rs 40,000 crore from the sale of IPL media rights for the next five-year cycle from 2023-27 compared to INR 16 crore for the ongoing 5-year deal.

Our take on this news –  It will be interesting to see if the duopoly breaks and a single-player emerges or does everyone get shared rights which I reckon is a sensible approach helping minimize risks for revenue generation and avoiding ad rate inflations scaring brands from investing in TV ads in the future.

Update number Three is about Indian homegrown short video social networks ShareChat and Moj teaming up to win rights for sports leagues in India. They have bagged two partnerships in the past 2 weeks.

The collaboration will provide millions of sports enthusiasts access to Pro Kabaddi League content, but also drive far more scale for the league through the platforms’ audio chatroom feature and vast creator ecosystem.

Our take on this partnership – We believe this is a very well planned partnership. Pro Kabaddi League can get access to the massive user base that is mainly located in Tier 2,3 cities and in metros. This is also good news because more Indian social networks are adding sports vertices helping sports leagues get an increased reach and engagement across younger demographics pan India.

The fourth update of this episode is about the Indian Premier League and COVID-19’s impact on the league. According to Duff & Phelps, a financial consultancy, the value of the Indian Premier League has fallen 3.6% to ₹45,800 crores after the 2020 season from ₹47,500 crores a year ago. The report suggested that the main reasons for this were that Vivo pulled out of the title sponsorship deal and the costs involved in creating a secure bio-bubble, and the lack of gate receipts.Our take on this news – 2020 and 2021 has been difficult for global sports. Just like other major sports leagues, the Indian Premier League experienced a fair share of problems with a start-stop event and another one played without audiences. However, as covered in the podcast earlier, the Indian Premier League will see better financials with a new broadcast deal and franchise fees with two new teams joining the new season. Hopefully, fans will be allowed to watch live matches, that is something that will help add more revenue and fans will get a chance to experience live cricket. 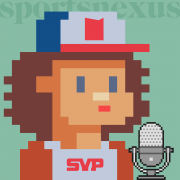 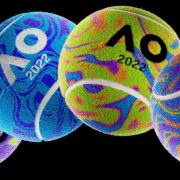 Weekly highlights from the SportVerse