This week’s first update comes from the India Premier League.

IPL Chairman Brijesh Patel has announced that there won’t be any spectators allowed in the stadium this IPL which means for the second year in a row, revenue from ticket sales for each franchise is all but set to be completely wiped out of their PNL.

How does this impact the teams and IPL?

First, they will lose on the ticket sales revenues. Franchises are set to lose a minimum of 24-25 Crore with teams like Mumbai Indians estimated to lose up to 40 Crore Indian Rupees.

The second impact for the franchises will be on sponsorships. Industry experts believe that the 2021 season will see the return of brands negotiating deals on the account of ’matches behind closed doors’ diktat.  With brands not able to activate on match days with the crowds in the stadium – they are bound to ask the teams for a discount on their investments.

This year, with no spectators the valuation is set to reduce furthermore.

Our second story is about how upGrad’s  TV campaign leading to a positive ‘dramatic shift’ in viewers’ perception of the brand, and delivering on the business goals.

Last week, I spoke about how Indian homegrown tech companies are taking over television advertising during the Indian Premier League and this week I wanted to highlight another example of how education technology company Upgrad has benefited from the TV advertising campaign during IPL.

One of the most interesting outcomes of the campaign was the positive shift in brand perception and this is what Arjun Mohan, CEO of upGrad- India had to say about it. Quote “Our research shows that post the IPL TV campaign, viewers started associating upGrad with specialization. While an increase in metrics such as awareness and recall was expected, this development was nothing short of ‘dramatic’. But we will have to persist to be sure this stays on,” unquote.

Another beneficiary of smart ad-spend investment around IPL was Byjus. It is reported that Byjus added 2.3 million new users and hit a 19% growth in web and mobile traffic during IPL 2020.

Our third update is Chennai Super Kings struggle to find a main sponsor.

Sorry, I made this sound clickbaity! But, there was a struggle for them to land their main sponsor. It started with their long term partner Muthoot, a global conglomerate from Kerala. Then there were reports of car manufacturer Skoda was supposed to sign on a INR 25 crores as a title sponsor for the upcoming tournament.

The news is that the new Myntra partnership is is the range of INR 21-23 Crores which makes  Myntra their ‘Principal Sponsor’ and official ‘Fashion Partner’.

So, Chennai Super KIng’s long wait for a title sponsor ends with Myntra and it will be interesting to see how this relationship develops online and offline with no fans allowed in stadiums and no home matches in Chennai.

Seven, the brand has agreed to a 3-year co-sponsorship deal with the Nepalese 20/20 league. Seven will serve as the Everest Premier League’s exclusive kit, clothing and merchandise supplier.

The deal comes as Seven plans to expand into the Nepalese market, with three new stores set to open in the capital, Kathmandu, over the next two years.

This is a very interesting development in the Indian Cricket brand evolution. After all, it’s not just the Cricket franchises trying to become global brands and Seven is a great example of an ambitious brand looking at organic expansion in newer marketing which is good for Cricket.

I am a big fan of the development of sports and this is a great example of how to grow and promote a business and a sport.

And our final update  comes from USA Cricket.

USA Cricket announced last week that Paraag Marathe has been formally re-elected as the chair of the USA Cricket board of directors and re-appointed as an independent director.

His new term will be a 3 year period during which he will be responsible for overseeing the development of Major League Cricket.

Paraag Marathe, who is President of 49ers Enterprises for the San Francisco 49ers as well as Executive Vice President of Football Operations, has spent more than two decades with the NFL franchise. He was also recently appointed as Vice-Chairman of Leeds United in the English Premier League, leading 49ers Enterprises’ minority investment in the resurgent EPL club. He began his term as the first ever Chair of USA Cricket in 2018 and has helped oversee a formidable number of developments for the rapidly evolving Governing Body, including the admission of USA Cricket as the 105th Member of the ICC in early 2019.

On his re-election Paraag Marathe said  “We have some ambitious objectives, including pursuing the opportunity to host global events, seeking cricket’s inclusion in the Los Angeles 2028 Olympics and establishing a professional Twenty20 league played in world class cricket venues across the country. But we are also conscious of the need to invest our time and resources into growing areas that have to some extent been neglected for many years, in particular around youth development and engaging women and girls in all aspects of the sport.”

These are indeed exciting times for USA Cricket and global Cricket in general. We wish Paraag Marathe and everyone at USA Cricket all the best! 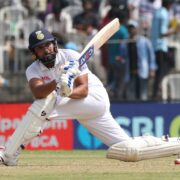 Week 7: Star TV boost ad-rev, UEFA looks at India as a serious market and other news 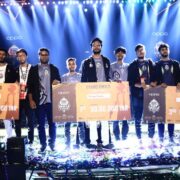 How big is the Indian eSports market