This week’s episode is special. This week I will share updates on Indian Olympic Association’s (IOA) preparation for the upcoming Tokyo Olympics. I will cover news from the sponsorship and partnership perspective and talk about a very special partnership that can be a game-changer in developing future Olympians from India.

This week’s first update is IOA’s drive to add new partners/sponsors to the Indian contingency for the Tokyo Olympics.

It has been reported this week that the IOA has added a new sponsor to the Indian contingency.

RBI, Association of Mutual Funds in India (AMFI), Visa, Lenevo, Byju’s, and Herbalife Nutrition have all signed up as associate sponsors for the live broadcast coverage.  It has been reported that Sony Sports Network purchased the rights to the Tokyo Olympics broadcast for $17 to $18 Million.

In other noteworthy updates from IOA’s preparation for the Tokyo Olympics I would like to highlight this one in particular:

The Indian Olympic Association has roped in Sports For All (SFA) as the Official Partner of the Indian Olympic contingent for the Tokyo 2020 Olympic Games. SFA has been appointed as IOA’s Official Sports EdTech Partner.

SPORTS FOR ALL is a fully integrated digital plus on-ground multi-sport platform catering to 30 sports disciplines. With a strong focus on strengthening grassroots sport, SFA believes in identifying, nurturing and empowering the children of India with access to the finest sporting platform and experiences, which in turn will fuel India’s journey to the top of the global sporting map.

Why is this partnership important?

Sports in India has struggled at the grassroots level for many years. Loads of companies and individuals have strived hard to establish the grassroots sports sector in India but most of them have not succeeded, however, SFA, with their technology-driven platform and mega-scale, on-ground multi-sport competitions at the school and college level empower children and youth to pursue their best sporting potential in the future.

SFA has formulated a fully integrated phygital (combination of online and on-ground) platform that enables on-ground competitions as well as sports education through technology. This helps identify, nurture and empower athletes across 30 disciplines of sport with the right set of experiences and tools.

SFA, have successfully managed to create an elaborate training/coaching program for future athletes at the school level in 12 countries, 300 plus cities and across 28 disciplines of sport including 19 Olympic disciplines.

I would like to wish SFA founders Rishikesh Joshi and Vishwas Choksi and their entire team good luck with their future endeavours and for developing proud Indian athletes.

This brings us to the end of the episode. I hope you all enjoyed listening to the Olympics update. I would also like to take this opportunity to wish all the Indian athletes travelling to Tokyo. Good luck and make India proud with your performances. 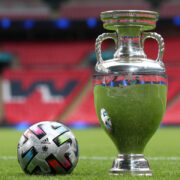 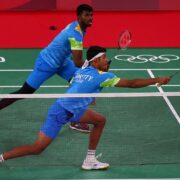 Is Indian Olympic Association’s sponsorship drive for Tokyo 2020 a success?