DraftKings will now have rights in the United States to use the PGA Tour’s official trademarks and marketing assets, while it will also gain access to video to create shoulder programming and highlights content for its Sportsbook betting platform.

With estimated 16,000 fans traveling to Lisbon, the city is set to enjoy a €50 million boost to its local economy from hosting the culmination of this year’s Uefa Champions League, according to a study by the Portuguese Institute of Administration and Marketing (Ipam).

Electric off-road motor racing series Extreme E has secured a broadcast and streaming partnership with Discovery which will see the event screened in over 50 European markets on Eurosport. Sony India has bagged the rights to broadcast the races in the Indian subcontinent.

After the introduction of Bubba Wallace and Daniel Suarez, NASCAR launches ‘Drive for Diversity’ program tasked with finding and developing drivers for a sport lean on women and minorities behind the wheel.

Gerry Cardinale’s RedBird Capital and “Moneyball” GM Billy Beane have teamed up to offer the first sports SPAC, called RedBall Acquisition Corp. The group plans to raise $500 million in an initial public offering “to focus on businesses in the sports, media and data analytics sectors, with a focus on professional sports franchises” according to an SEC filing. 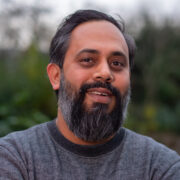